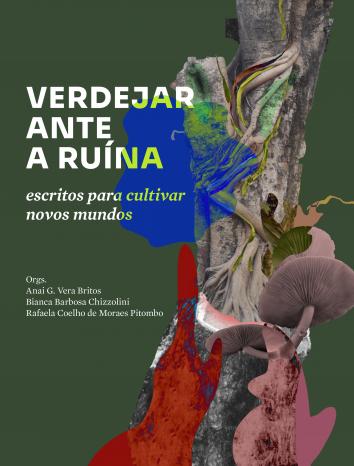 The book Verdejar ante a ruína. Escritos para cultivar novos mundos is a scientific publication proposed by Anai G. Vera Britos, Bianca Barbosa Chizzolini and Rafaela Coelho de Moraes Pitombo, students of the Department of Anthropology. Organized remotely during the pandemic and without the authors and authors knowing each other personally, the publication was born from the impetus to extrapolate the walls of the University and echo the debates of the discipline “Plant Interactions: Relations between humans, plants and other non-humans in the anthropological debate contemporary” given by Marta Amoroso, Karen Shiratori and Ana Gabriela Morim de Lima in the first half of 2020. The book is also a response to attacks directed at indigenous and traditional peoples, science and free thinking, a project that was exacerbated during the government Bolsonaro and common to different expressions of the far right in Latin America. Organized in five thematic axes – Vegetal Agency, Landscape Anthropization, Plant Poetics, Ecocide and Colonial Updates –, this publication combines contributions that explore different poetic languages ​​and visual supports in the areas of Anthropology, Indigenous Ethnology, Archeology, Sociology, Biology, Botany, Ecology, Visual and Verbal Arts and knowledge of indigenous and traditional peoples. 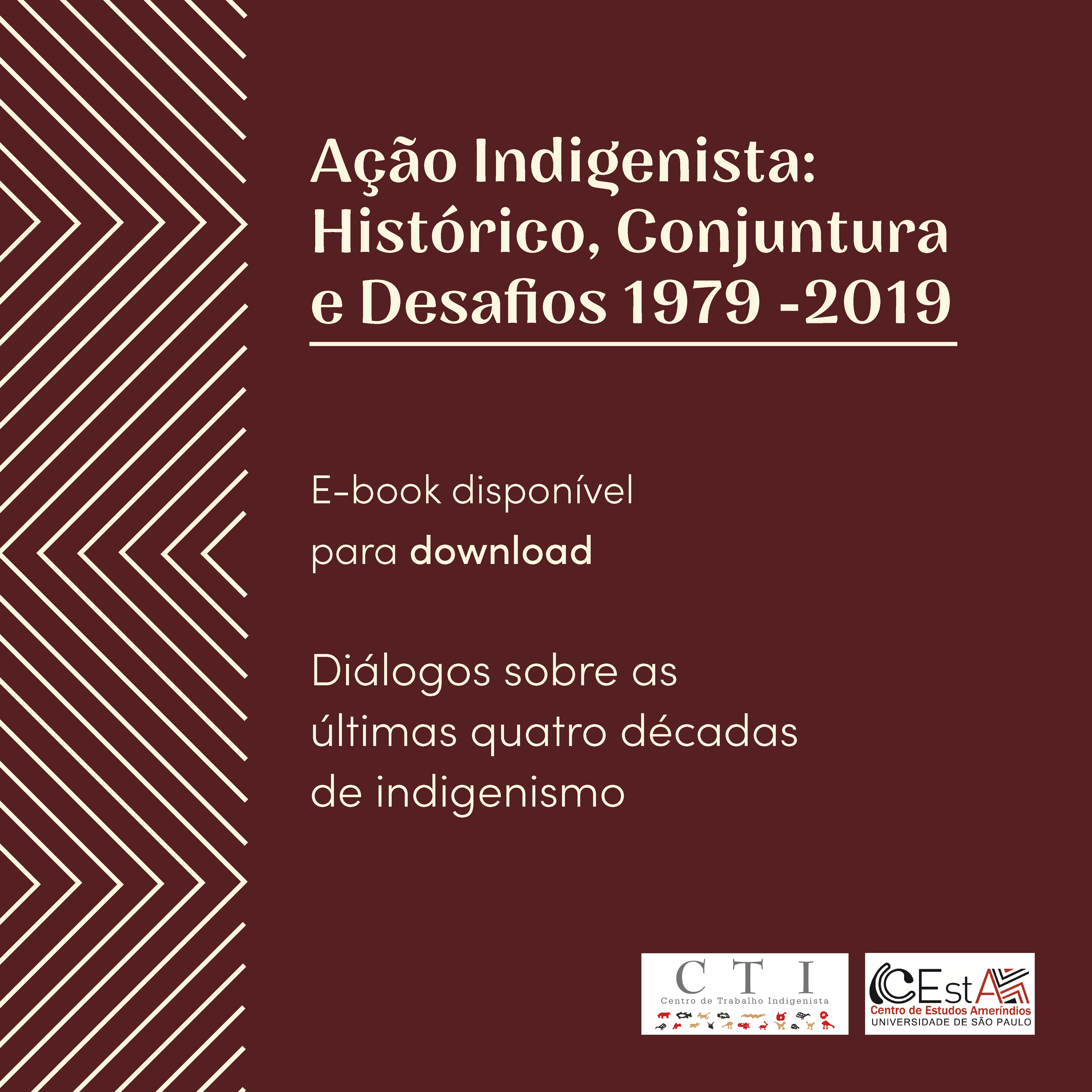 The online version of the book Ação Indigenista: História, Conjuntura e Desafios 1979-2019 is available (access here). The result of the seminar that marked the 40 years of the Indigenous Work Center, the publication portrays aspects of the history of the CTI and of indigenism itself in the last four decades. In the book, the speeches of the participants of the debates of the event were transcribed in full.

It is possible to access the publication in the CTI Digital Library and in the page of the Center for Amerindian Studies (CestA) of the University of São Paulo, which jointly organized the publication.

The debates took place on March 28 and 29, 2019 during the seminar "Indigenous Action: history, situation and challenges", held in São Paulo, by CTI and CEstA, with support from the Laboratory of Image and Sound in Anthropology (LISA) of the USP, Amazon Cooperation Network (RCA), Educational Action and Royal Norwegian Embassy.

Given the richness and diversity of the twenty-eight presentations by indigenous leaders, anthropologists and indigenists, CTI and CEstA worked in partnership to make this material available in the form of an e-book.

“Writing part of the biography of an entity like the Centro de Trabalho Indigenista is also talking about the future: it is recording the history of the work of a group of young people, mostly anthropologists and anthropologists, who, in 1978, returned to field work in the villages. , decided to remain with the indigenous peoples who welcomed them, denouncing the colonialism practices imposed by FUNAI – everything, more than ever, so current – ​​a group that at the same time built national and international partnerships that were and are strategic in the struggle for autonomy and self-determination of these peoples”, comments Marta Amoroso, anthropologist and researcher at CEstA-USP, in the book's preface. 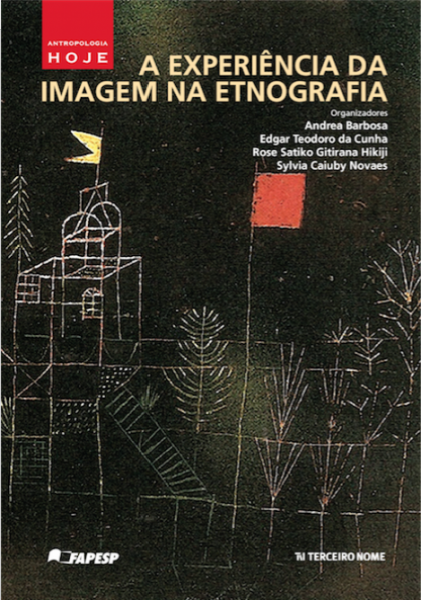 The experience of image in ethnography

Classic themes of anthropology, such as space, memory, body, religiosity, experience and performance, have an innovative analytical perspective based on the image, which allows the researcher to incorporate gestures, looks, postures and movements, and for the viewer to broaden their perception in a different way. both rational and sensitive. With texts by 21 researchers and two DVDs with 9 videos, this book, divided into three parts - Cinema and Anthropology; Photography and Ethnography; and Transdisciplinary experiences - it is the result of a long investment by the Visual Anthropology Group at USP - GRAVI to incorporate the image in anthropological research. 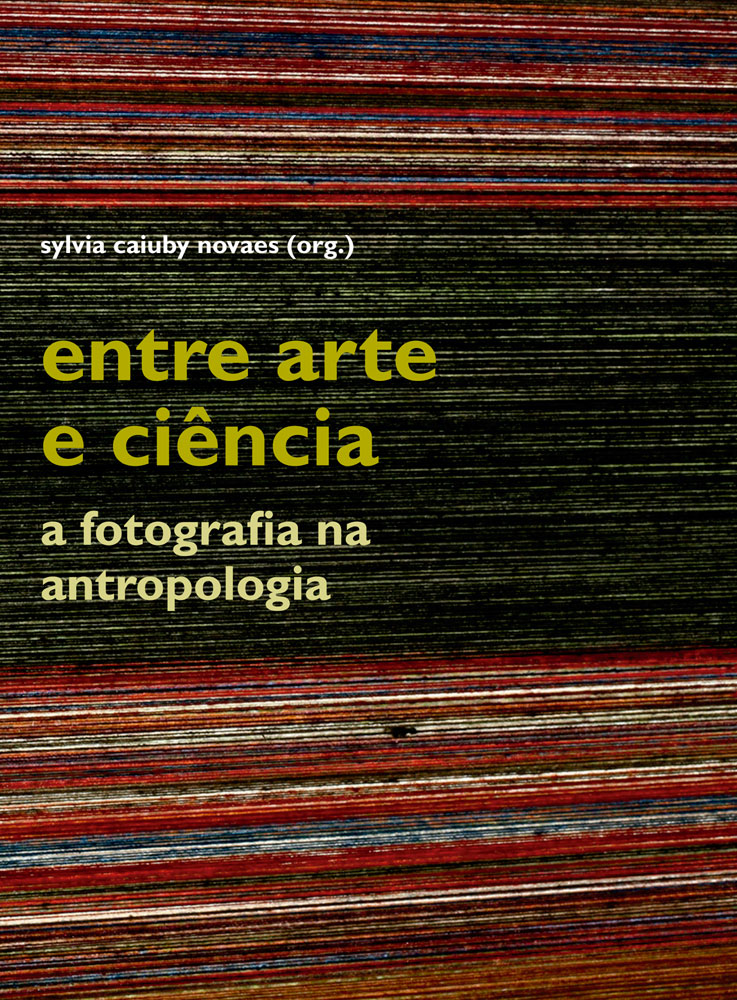 Between art and science

The essays that make up this collection discuss the numerous affinities between anthropology and photography. The organizer selected articles that point to the possibilities of the alliance between the two areas, highlighting the reason for the mutual enchantment between anthropologists and photographers, united by the desire for a connection between art, knowledge and information. The images indicate the possibility of deepening the density of ethnography by using other narrative forms than just verbal scientific discourse. The hybrid character of photography, between art and science, and the new paths it opens up for the relations between visuality and textuality contribute to the development of alternative processes of expression of knowledge, as the writings of this work demonstrate.