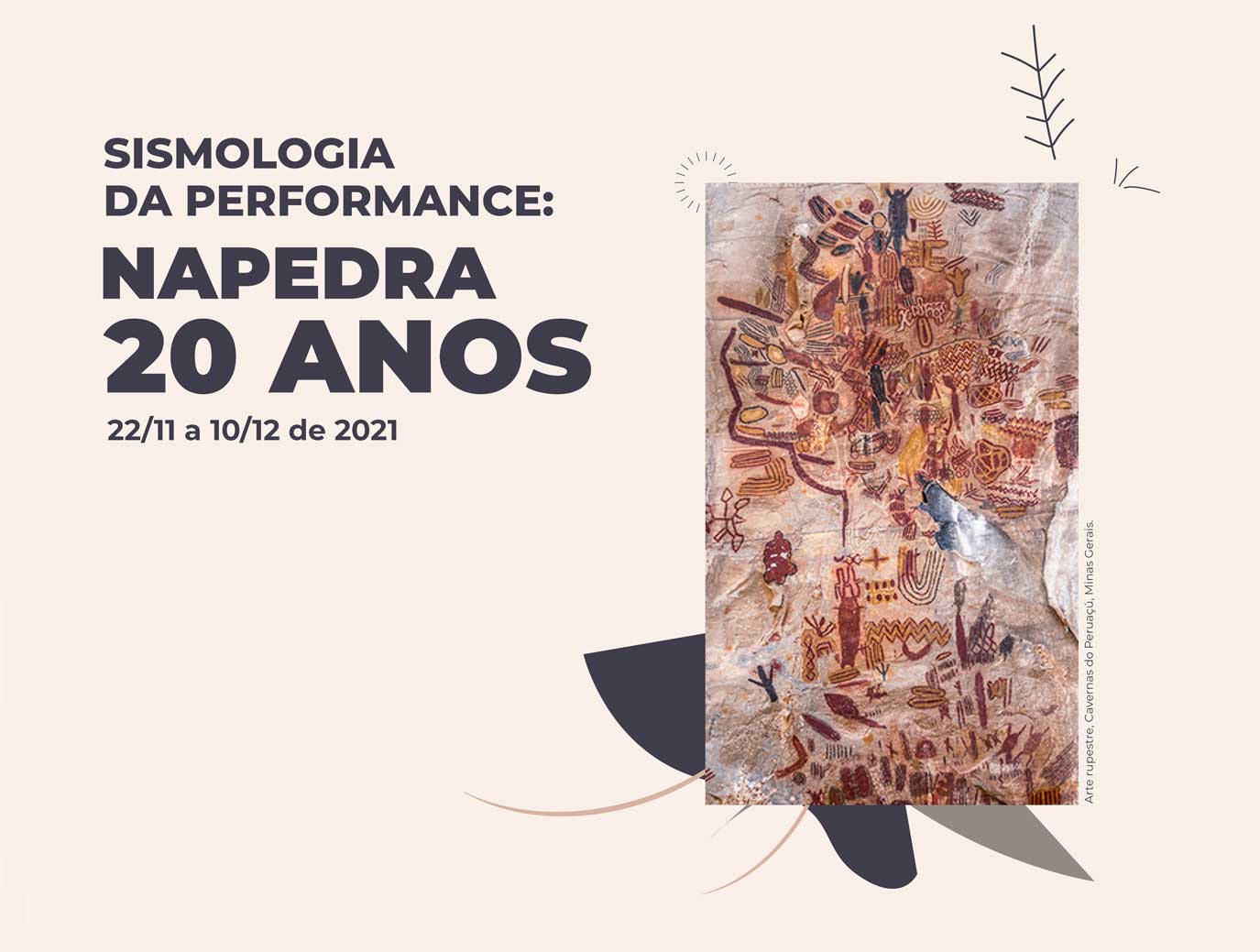 In 2001, from the initiative of the participants of an optional subject at the PPGAS/USP, interested in exploring a series of issues beyond the disciplinary scope, Napedra was created. The subject was called Paradigms of Theater in Anthropology. We decided to deepen our studies in the interfaces of anthropology and performance, alternating studies of texts relevant to the anthropology of performance with experience in the field of performance events.

Performance seismology. The Anthropology, Performance and Drama Nucleus (Napedra), whose acronym evokes a geological image, is born from the echoes of a seismological movement in the field of anthropology. It resonates with the sounds and noises of a “performative turn” in anthropology, which began in the 1970s, involving a significant number of researchers.

Between the arts and sciences, the concept of performance takes on varied, changing and hybrid forms. There is something unresolved in this concept that resists definitive formulations and disciplinary boundaries. From different fields of knowledge and artistic expression – theater, music, performing arts, anthropology, sociology, psychoanalysis, linguistics, decolonial studies, feminism, queer theory – the concept of performance is formulated.

Napedra has been a pioneer in performance studies in Brazilian anthropology. It organized events that mark the field of performance anthropology, such as the International Anthropology and Performance Meeting – EIAP (2011), the 1st National Anthropology and Performance Meeting – ENAP (2010), and the Meetings with Richard Schechner (2013). It proposed the first research forums and working groups in performance studies of the Brazilian Association of Anthropology (ABANNE 2003; RBA 2004, 2006, 2012) and the National Association of Postgraduate Studies and Research in Social Sciences (ANPOCS 2005, 2006, 2007) ). It organized research forums and working groups at the First Latin American Anthropology Congress (ALA 2005) and Mercosur Anthropology Meetings (RAM 2005, 2009). In 2009, he held the Colloquium of Napedra: Sounds, Noises and Poetics of Performance. From 2008 to 2013, she developed the thematic project Anthropology of Performance: Drama, Aesthetics and Ritual (Fapesp 06/53006-2), a period in which the participation of Regina Pólo Müller, as a principal researcher, stands out. The project resulted in 22 books, 81 articles, 82 book chapters, and 102 international presentations. It created links with NYU, Université Paris 8, EHESS, IUL-CRIA, UBA and other performance studies centers. He has published the collections Antropologia e performance: essays Napedra (Terceiro Nome, 2013), Anthropology and performance (dossier by Revista de Antropologia, 2013) and Seismology of performance: stages, time and f(r)icções (dossier from Revista Cultures-Kairós, 2016 ). From 2014 to 2020, he organized the events Napedra in performance: creations 1 to 11. And now, in 2021, Seismology of performance: Napedra 20 Years.

New groups and research programs were created by members of Napedra, contributing to the formation of a field. Highlights include the Nucleus of Anthropology of Law (NADIR), at USP, by Ana Lúcia Pastore Schritzmeyer; the Image and Performance Anthropology Nucleus (NAIP), at UNESP, by Edgar Teodoro da Cunha; the Ritual, Festa e Performance Group, at UFS, by Eufrázia Cristina Menezes Santos; the Anthropology Group in Islamic and Arab Contexts (GRACIAS), at USP, by Francirosy Campos Barbosa; the research group MOTIM – Mito, Rito e Cartografias Feministas nas Artes, at UERJ, by Luciana de Fátima Rocha Pereira de Lyra; the Terreiro Group of Scenic Investigations: Theater, Play, Rituals and Vadiagens, at UNESP-SP, by Marianna F. M. Monteiro; the group Poéticas do Corpo, at UnB, by Rita de Cássia de Almeida Castro; the Interdisciplinary Graduate Program in Cultural Performances at UFG, by Robson Corrêa de Camargo; the Research Group on Anthropology of Music (PAM), at USP, by Rose Satiko Gitirana Hikiji; and the Center for Studies on Performance, Heritage and Cultural Mediations (NEPPAMCs) at UFMG, by Rubens Alves da Silva.

In 1977, one of the gravitational centers, or whirlpools, of an emerging field dawned in the universe of anthropology. Victor Turner, an anthropologist in search of knowledge of the performance arts, meets Richard Schechner, a theater director who, in his relationship with Turner, becomes an apprentice of anthropology. In Napedra's experience, it is a point of light that serves as a reference for one of the constellations of performance studies. This, in an expanding and off-center universe.

New horizons open up. At Napedra, studies of films, images, narrative performances, bodies on stage, queer theory, necropolitics, feminist cartographies, drifting ethnographies, decolonial performances, American studies, Amerindian, anthropocene and Afrofuturism gain strength. Since its creation, the approach of researchers from Napedra to the thought of Walter Benjamin has drawn attention, rehearsing possible Benjaminian anthropologies. Also worthy of attention is the closeness of Napedra, since 2007, with the Núcleo de Artes Afro-Brasileiras and with Luiz Antonio Nascimento Cardoso, Mestre Pinguim, who, for more than two decades, works in one of the most significant spaces of performance and creation to know at USP.